If you want a second set of blooms after your delphiniums have flowered, use this simple trick.

How to Make Delphiniums Bloom Twice in One Season

Here’s how it works. You have to be brave. When a delphinium has finished blooming, if left alone, the flower head is going to gradually turn to seed.

Your choice is, do you want seeds or second blooms? If you leave things alone, you will still get both, but the theory is, the second blooms may be bigger and better if the plant can direct all its energy into new growth instead of seed production.

If you want to save seeds or let the plant re-seed (grow new plants from seed naturally), you just have to leave it and wait. The plant will put its energy into seed production.

If you want more blooms, it’s a bit of a race against time, before fall frosts set in.

If you have several plants, you can always choose the best ones for seed saving and the rest for second blooms.

Other Flowering Plants that Can Bloom Again

Cutting back or deadheading first blooms to get second blooms can also work for several other perennials including:

and, many flowering annuals.

I started gardening because of a love of delphiniums. The affair will never end! 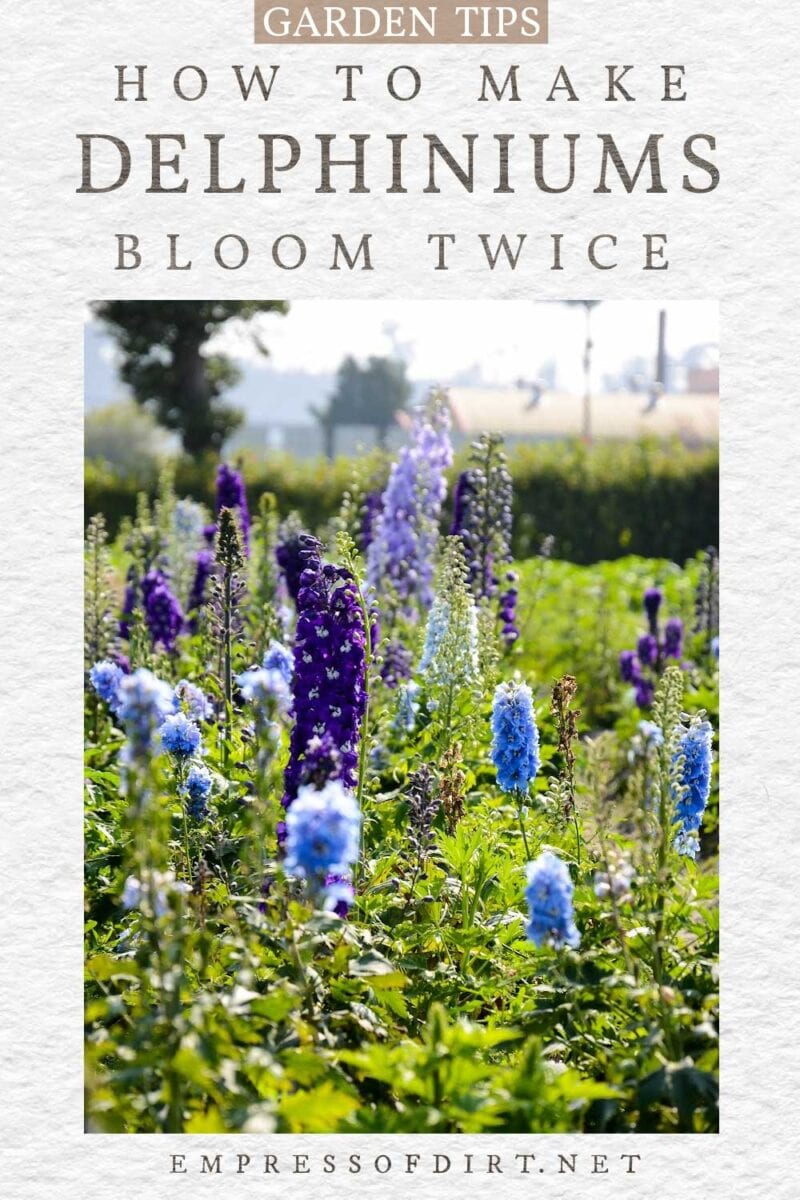