During what turned out to be the final year of Tasha Tudor‘s life (1915-2008), I happened to purchase an autographed copy of one of her last books: Tasha’s Successful Garden (in Japanese). It’s one of the few books I kept after a major decluttering of our home a few years ago. It’s rare to see video from her garden, but there is one video (below) from the same era that gives a good glimpse.

If you want your own Tudor-inspired cottage garden, I started mine with delphiniums.

The Creative World of Tasha Tudor

My first encounter with Tasha Tudor’s garden, or, more accurately, her love of gardens, was through her children’s book illustrations. I never cared much for the stories, but, even as a child, I would examine any gardens depicted intently. I cannot share images here because of copyright protections, but you can certainly see them online or at a local library. I think too, because her Vermont growing zone was similar to my own in Canada, I loved seeing familiar flowering plants like my mother’s peonies growing in such abundance. I just knew I had to have my own garden one day.

In the early 1990s, several books were published featured the gardens, life, and handwork of Tasha Tudor and they were a huge source of inspiration for me. For two of the books, the combination of Tasha’s lifestyle, Richard Brown‘s gorgeous photography, and the writing of Tovah Martin, (who is still a favorite garden writer and houseplant fanatic), was perfection. If you are a lifelong gardener and/or maker of creative things, there is much to devour in those pages.

Around that time, there were also a lot of rumors about bad business dealings or partners will bad intentions (trying to take advantage of her), and, what fans hoped would become a longer series, eventually came to a halt. I’m not sure how the books would seem to fresh eyes today, but they were certainly lovely back to me back then. My guess is, they are still igniting plenty of new gardeners today.

These are the books I recommend:

In a rare impulse buy, I pre-ordered a copy through the Tudor website.

When it arrived, I was very pleased to see Tasha’s autograph inside:

I never had fantasies of meeting her though, either through a speaking engagement or garden tour, because, I remember reading that she insisted girls must dress a certain way and there is no way this Empress is putting on a dress or skirt for anyone!

Today, the family manages the Tasha Tudor estate (“Corgi Cottage”) and there are exclusive tours of the home and garden each year. If you are lucky enough to get a ticket, know that cameras and other electronic devices are not permitted on the tour. Because I am so dependent on photos to recall and re-enjoy experiences like that, I would never want to go. I get so overwhelmed in gardens that I can hardly absorb what’s going on! It would just be frustrating not to be able to take pictures to review at home. That said, I understand why they have the policy: this is their livelihood and they need to protect it. But, poor me! It would be neat to see. 🙂

Here’s the video. It’s extra special because there is aerial drone footage, long before drones were popular (as they are today).

The narration is in Japanese. Please note that the this sort of footage is not available in English so enjoy it because it’s all we’ve got!

Be sure to sign up for the free Empress of Dirt newsletter for creative and frugal ideas for your home and garden. 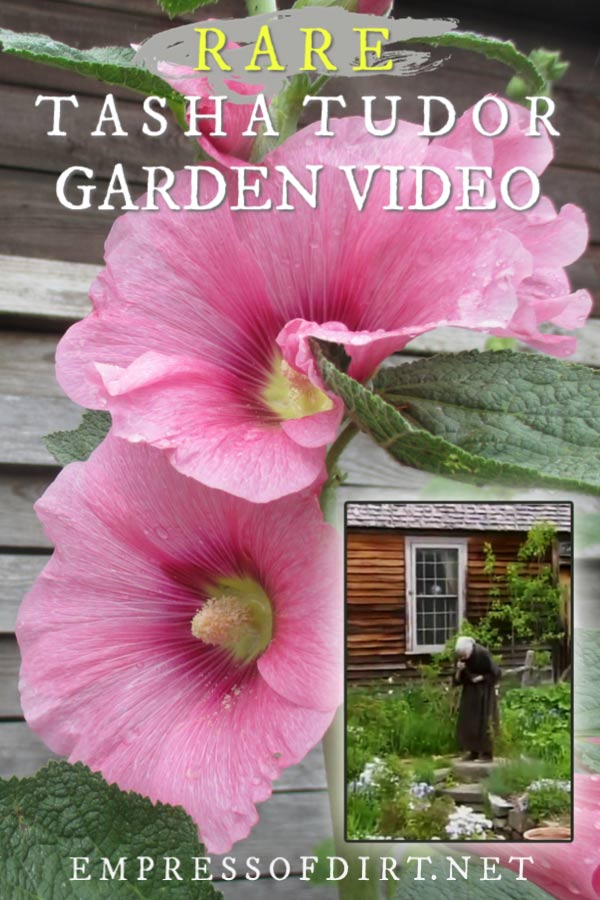