These annual and perennial flowers will attract hummingbirds to your garden. With varying bloom times, you can provide nectar-rich plants throughout the growing season in a cold climate garden (hardiness zones 4 to 8). Keep them coming back by providing a pesticide-free, diverse habitat.

For supplemental food, use this hummingbird food recipe with granulated sugar.

Hummingbirds In The Garden

It is mesmerizing to watch a hummingbird gathering nectar from flowers.

If you are close enough, there’s no mistaking the whirring sound of the wings as the bird hovers in place. Out comes it’s long, unusual, tongue-like proboscis, shaped just-so, reaching deep inside to access the nectar. Sometimes they take in so much they spit the excess out in a little spray!

Sensing a good food source, bees, butterflies, and other hummingbirds may approach, but the dining hummingbird will have none of it. Get your own elsewhere or you will be chased away!

So which flowers do hummingbirds like and why do they favor certain flowers within a garden even when many varieties are available?

There are two reasons.

Hummingbirds have co-evolved with certain flower species. Many of these flowers have long, tubular structures including cardinal flower and columbine, perfectly suited to the unusual shape of the hummingbird’s bill. In turn, hummingbirds may provide pollination services.

Also, timing is everything. Nectar supply varies throughout blooming cycles. Hummingbirds and other nectar consumers will seek out the best supply in the moment. When one flower species has peaked, they find another.

But nectar is just one part of their survival.

We tend to put a lot of emphasis on flowers but it’s the totality of the environment that matters, not just within our garden but all along their migratory routes and within nesting locations.

The main staple of a hummingbird’s diet is protein-rich insects.

Hummingbirds need nectar but they also need protein and lots of it. The bulk of their diet is invertebrates like insects, spiders, and various larvae.

In order to have a garden with lots of protein-rich bugs, you need diversity. This means an assortment of non-invasive trees, shrubs, and flowers along with fresh water and healthy soil—all teeming with life. Every animal needs certain plants (and plants rely on animals), and, with all needs met, the circle of life can thrive.

So, when you think about providing a welcoming garden for hummingbirds, along with the right flowers for nectar, consider the big picture.

These basic things will help create a hospitable environment that the hummingbirds will return to year after year.

Before choosing plants, check that they are non-invasive and suited to your growing region.

This tips sheet provides the recipe for sugar water and other interesting tidbits for hummingbird fans. If ants are a problem, buy or make an ant moat to keep them off your feeders.

I like this style of feeder for a few reasons. First, it provides a perch for the birds as they feed. This is important so they don’t waste energy. Also, it’s easy to clean, which helps prevent disease. 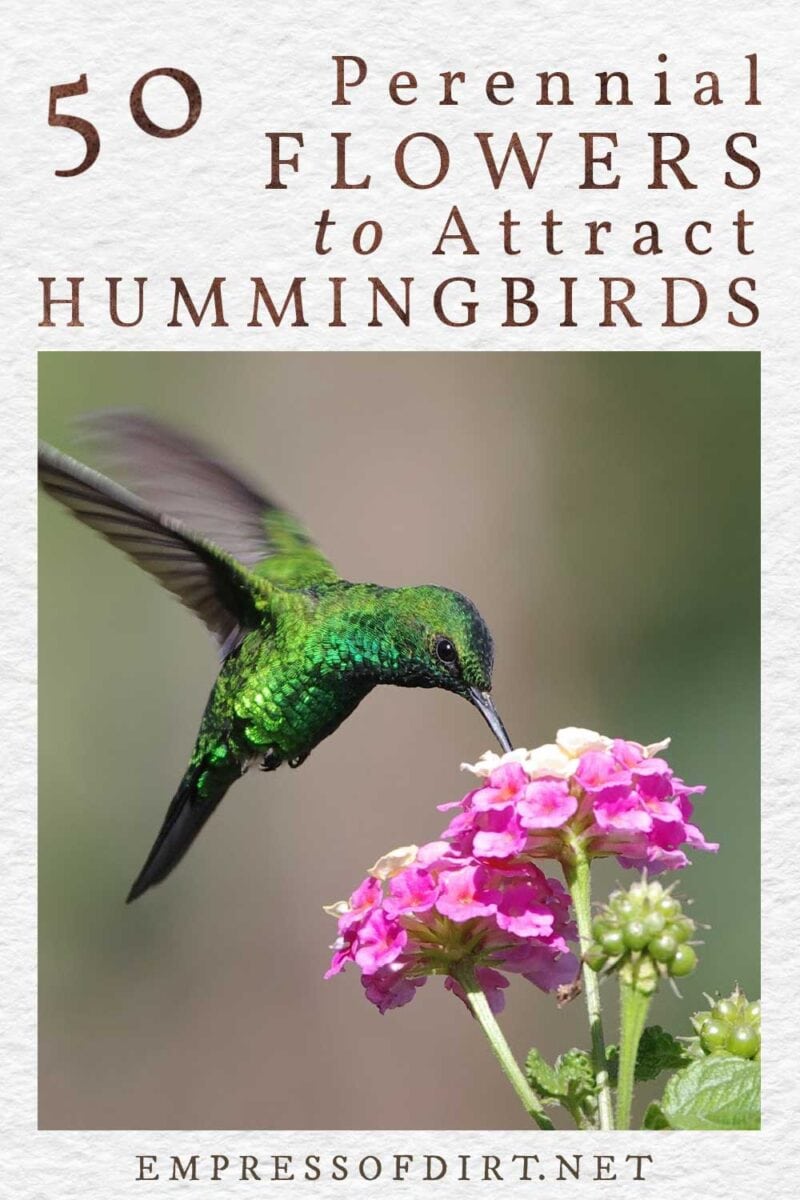