Spring is migration time for hummingbirds travelling from their winter homes to breeding habitats in the United States and Canada. Use this tracking map to know when to expect them in your area.

About two weeks before they arrive, start providing food using this hummingbird sugar water recipe so it’s ready when they are.

Where Are the Hummingbirds Now?

This map (below) is updated as hummingbirds are sighted during the spring migration in the United States and Canada.

Click on the map (+) to zoom in on your area. Allow time for the map to load.

Are they in your area or coming soon?

Did you know they fly solo (not in flocks)? Amazing birds!

The map is updated daily during migration season so bookmark this page to watch their progress.

When they appear to be a week or two away, put your feeders out.

When can I expect hummingbirds in my area?

This shows estimated arrival dates of Ruby-Throated Hummingbirds based on the tracking data from previous years:

You can see on the map that they start arriving in the southern United States in south Texas, Louisiana, Alabama, Georgia, and Florida in late February to mid March.

We know spring is really on its way in May when reports come from North and South Dakota, Minnesota, Wisconsin, Michigan, Maine, Vermont, and Canadian provinces including Ontario, Quebec, Manitoba, Saskatchewan, as well as New Brunswick, Nova Scotia, and Prince Edward Island.

The western coasts see a few different species in addition to ruby-throated hummingbirds.

In fall, the hummingbirds start heading back south to warmer climates. This has more details about their fall migration.

There are a few species in Canada and the United States:

Hummingbirds may arrive in your area before they are marked on the map, so get your feeders ready about two weeks before their anticipated arrival date.

There’s no perfect feeder but this is the best I have found.

I have several feeders so I can always keep at least one active while the others are being washed.

Feeder Features to Look For

This shows how to make sugar water for hummingbirds with the correct ratio of sugar to water.

While hummingbirds can benefit from sugar water, their survival depends on these key things:

This is what the map looks like after an entire migratory season of sightings.

You can really see how common Ruby-throated hummingbirds are!

Cheers to a great hummingbird season. 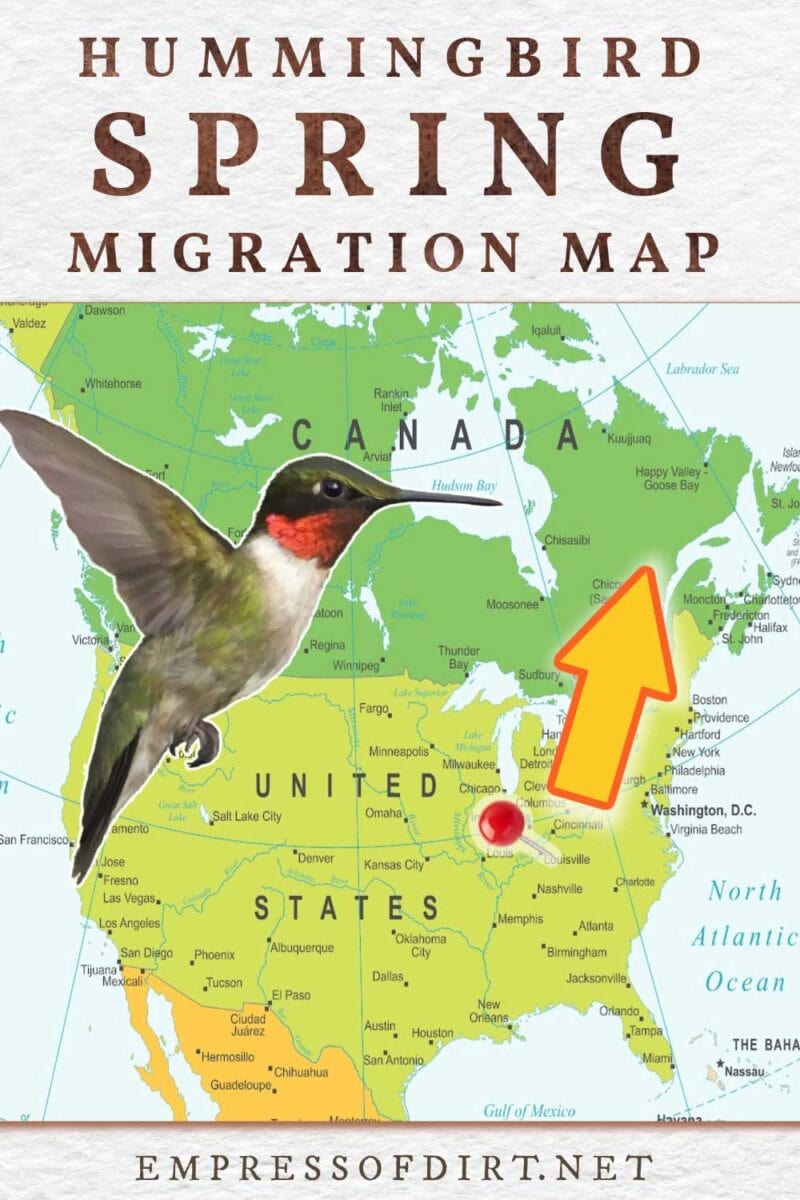