Not sure if your lavender is annual or perennial? Find out the three main types sold in Canada and the United States and why the annual variety is so distinct.

If you would like more advice, this has my best lavender growing tips.

With over 45 species in the Lavendula (lavender) genus and over 450 named varieties or cultivars that grow as annuals, short-lived perennials, or (somewhat) hardy perennials, it may be a challenge to identify your specific plant.

But it is very helpful to know the three main types most readily available at plant nurseries (Canada and the United States) to know whether yours is likely a tender annual or hardy perennial. This explains more about annuals versus perennials.

If you want to grow lavender for a specific purpose, this lists different uses as each species has its own unique traits and not all lavender is created equal.

We have a problem! Depending on where you are in the world there are different common names for the same Lavandula species. This makes for some comical and confusing misunderstandings in garden forums.

But because just a few species are popular in plant nurseries (listed below), it is worthwhile to learn the botanical names to avoid problems. And Lavandula angustifolia will soon roll off your tongue.

The main thing we need to know when growing lavender is whether our plant is perennial or annual.

As you’ll see with the photos below, the least cold tolerant is Lavandula xintermedia which has a different and distinct flower shape from the others. These are often sold in pots as annuals.

Other popular lavenders are perennial with varying degrees of cold tolerance with several able to survive down to zone 5 or even a bit colder with extra shelter or protection.

These are the three main types of lavender found in plant nurseries (zones 4-8) in Canada and the United States.

This species was previously known as Lavandula officinalis and Old English Lavender.

You may know it as English lavender: it’s the only one with some agreement on the common name and the most popular hardy lavender species used in North American gardens.

There are countless variations but they are all distinct from Lavandula stoechas (see #3) which is a tender annual.

You may not be able to tell by sight if your lavender is Lavandula angustifolia or Lavandula xintermedia but the important part is, if it resembles either of these groups it is likely hardy, possibly down to zone 5.

Annual or Tender Hardy Zones 7 to 10

This plant can be fairly long-living so, if you have room indoors, you can try overwintering it in a sunny location.

This is an older book often mentioned by growers:

There are also lavender grower’s associations that offer memberships and conferences. 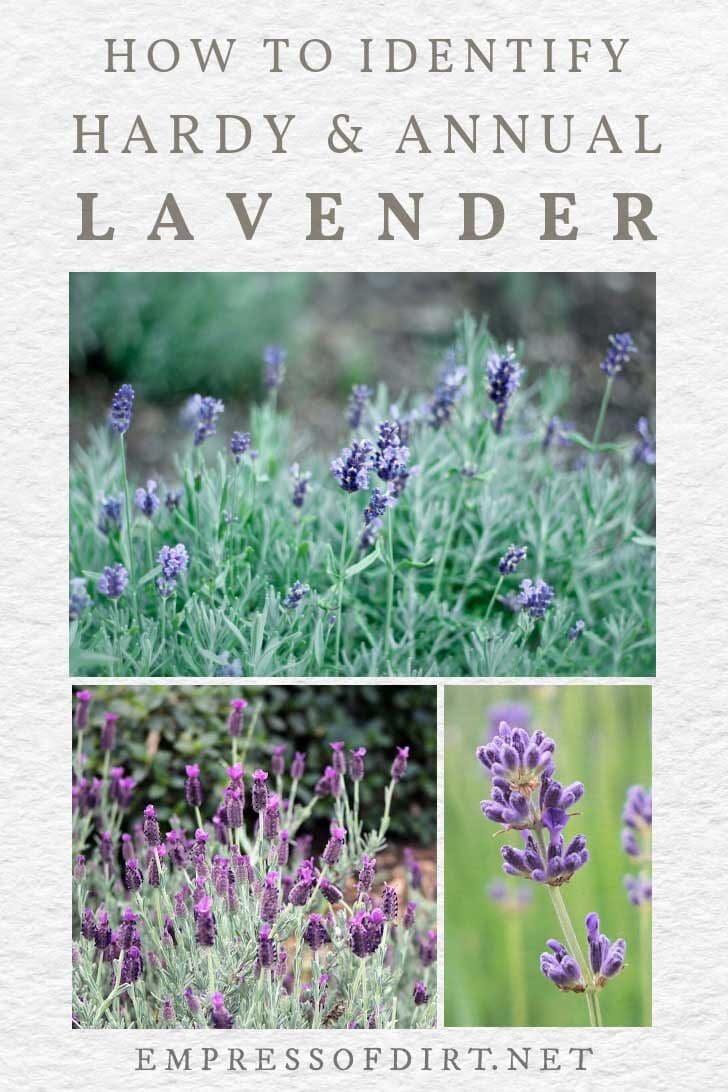