Want to know which type of marker is best for outdoor plant tags? I tested several and found out which one will not fade or wear off in sun, rain, or snow.

If you want to reduce plastic waste, this tells how to remove marker from plant tags so you can reuse them. 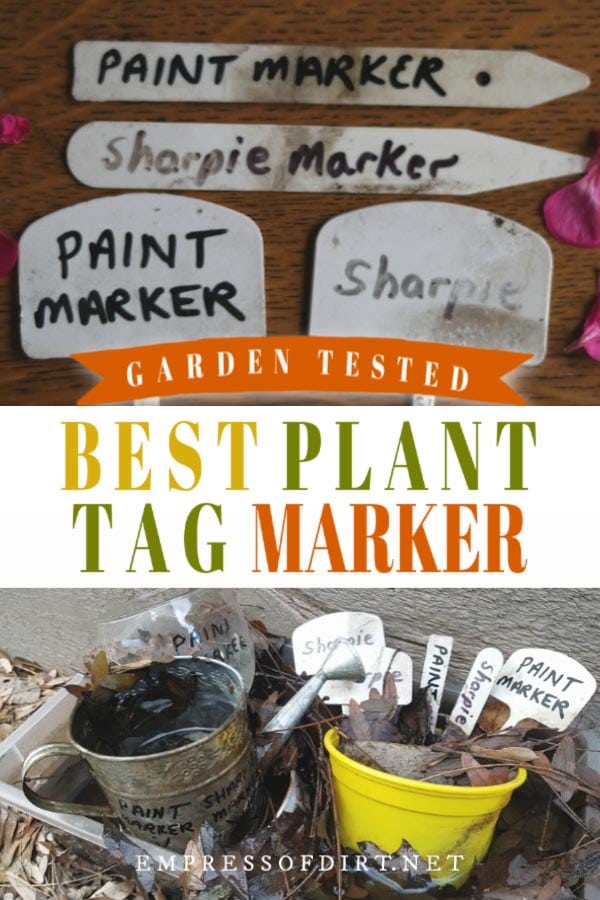 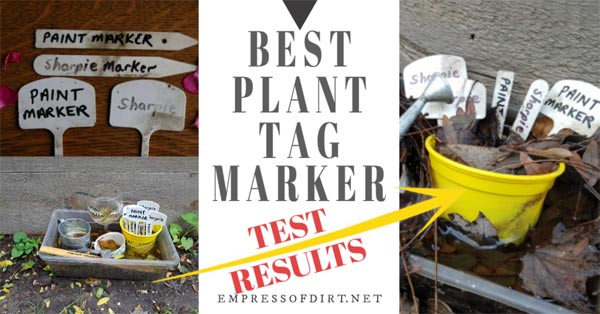 A while back I mentioned I was testing various markers (marker pens) for plant tags to find out which ones work best in outdoor garden conditions.

It’s now been over six months, and after exposure to all sorts of weather, I can already see which option is best. 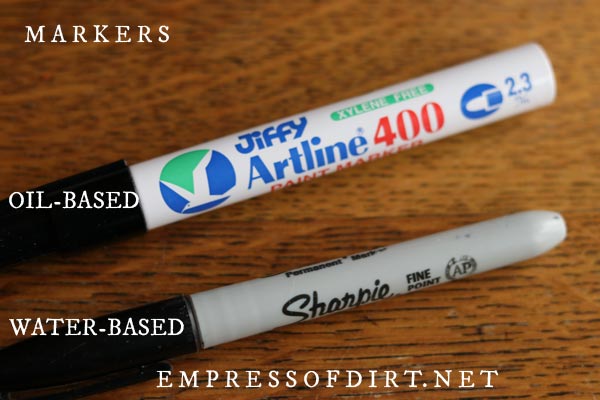 I tested two basic types of markers (water-based and oil-based) on these surfaces:

I put all the items in a container on the ground in the garden. 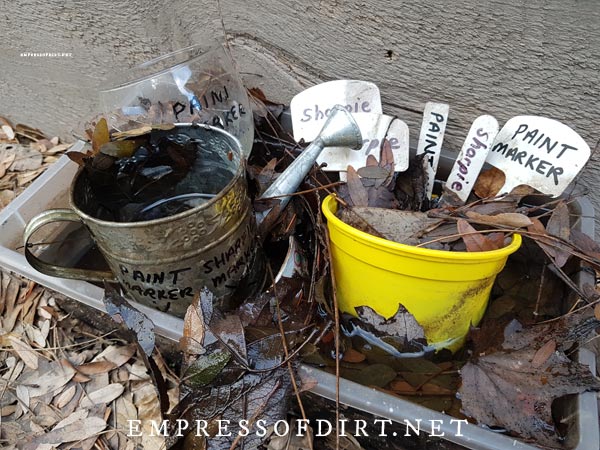 Fall and winter kindly did their thing and the tags were exposed to direct sun, rain, sleet, snow, leaves, and sitting water.

It’s been over six months and there is one clear winner: the oil-based paint marker. 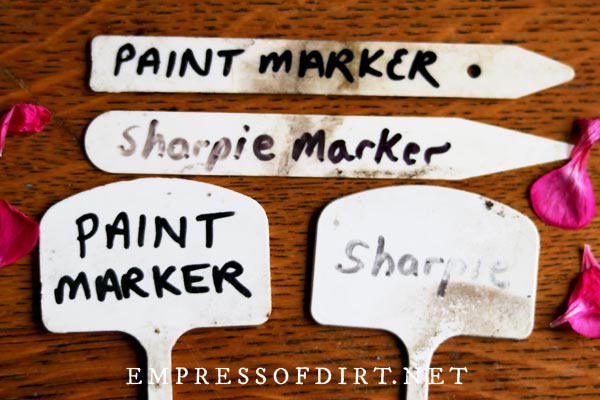 I’m assuming the sun has the biggest effect, causing the water-based marker to fade quite a bit while the oil-based marker did fine.

The water-based Sharpie marker is still visible but that’s quite a change in this amount of time. One summer of direct sun and it may be hard to read.

The only test the water-based Sharpie passed was on ceramics, otherwise it faded significantly.

These are the same markers that work nicely for stone painting.

The ones I’m currently using are:

These ones are all oil-based:

Oil-based paint markers are sold as ‘permanent’ and ‘indelible’ but, good news, you can intentionally remove the marker from most surfaces including plastic plant tags and use them again. The fewer plastics we dispose of, the better.

So, now the great marker question has been solved. If you want long-lasting plant tags that do not fade, go with an oil-based paint marker.

And make the tags last forever by removing the pen as needed for reuse.