We are often told how valuable earthworms are for our gardens with their soil-enriching abilities—but are they truly beneficial? It turns out, what’s good for the garden is harming our forests.

While the benefit of earthworms is not entirely a garden myth, this is an example where location really matters.

Earthworms in the Garden

In North America, gardeners rely on earthworms including Lumbricus terrestris (the common earthworm) to aerate our soil, and convert organic matter into nutrients, while improving soil structure and composition.

There’s even some evidence that worms might be beneficial in reducing carbon emissions.

But, the common earthworm is non-native, and, while well-adapted in cultivated gardens, it is not so welcome in forests.

This worm is widely distributed around the globe and has several common names including ‘the common earthworm’, ‘lob worm’, ‘nightcrawler’, ‘dew worm’, or ‘granddaddy earthworm’.

We have 19 identified earthworm species here in Ontario and all of them originate in other parts of the world.

Let’s find out where they help and why we need to keep them out of natural areas.

Have you seen indoor worm boxes or compost bins where people keep worms to convert organic matter into fertilizer?

The worms used for vermicomposting are different species than the common earthworm.

Yes, you can buy live red wigglers on Amazon here!

Composting worms reside on the soil surface in organic matter, have excellent appetites, reproduce rapidly, and their outdoor populations seem to be limited or controlled by harsh weather conditions.

The common earthworm burrows deep in the soil, and, with that natural protection has managed to wriggle its way through the continent.

All of these worms are non-native to North America.

Related: How to Make Worm Tower for In-Ground Composting

Whether or not earthworms are “good for the soil” depends on where they are located.

Earthworms native to North America were wiped out in the ice age approximately 15,000 years ago.

The common earthworm (Lumbricus terrestris) we have today originated in Europe and was introduced with imported plants and soil a few hundred years ago.

Scientists studying forests and forest conservationists are ambivalent about the common earthworm.

While the worms have not been problematic in cultivated gardens, they can negatively affect life on the forest floor and therefore affect the forest as a whole.

As the worms eat, nutrients are taken from leafy ground covers and moved deeper into the soil, both altering soil structure and robbing young seedlings of necessary nutrition. This in turn restricts new growth.

Deeper roots can access the nutrients but younger plants are left depleted, limiting new growth. We rely on forests regenerating themselves so this is a serious setback.

Related: Invasive Flatworms are taking over the United Kingdom and France

We cannot control or remove existing common earthworms from forests, but we can do a few things to help limit further spread.

It is hoped that (over many years) our forests can adapt to the introduction of earthworms, but they will be different and perhaps less prolific.

So next time you hear of someone thinking it’s okay to put leftover soil in country ditch or forest, give them the invasive worm talk! 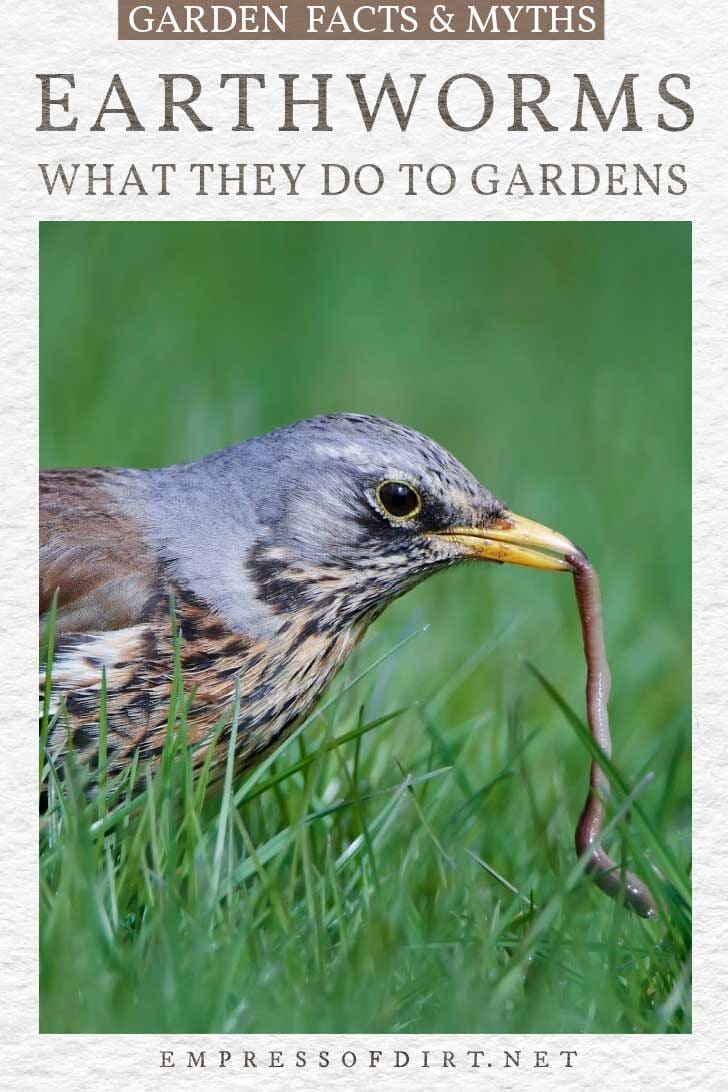