But do these things work? And, are they safe or natural? Let’s find out how to grow a better garden.

When I was starting out as a gardener, I remember feeling so impatient to cram the knowledge into my head so I could grow the garden of my dreams. And, with that impatience comes the reflex to grab quick tips to fast-track success.

But, as you gain experience with each growing season, several transformative things happen.

With experience and learning, we discover the true fundamentals of a healthy, thriving garden, including the importance of healthy, nutritious soil.

We realize that plants grow in their own time, and trying to force things will come back to bite us.

We realize that so-called pests and problems are part of the circle of life, and often symptoms, not causes.

And, if any quick fixes (a.k.a. popular garden myths) really worked—and were good for the garden—they’d by experienced gardeners and professional growers around the globe.

I laugh when I think of the shortcuts I tried way back when, and cringe at how long it took me to take fundamental things like soil health seriously.

Now, although I’m older, and the rest of my life is shorter (simple math), I stick to the basics, and give the garden all the time in the world. I’m in no hurry. I have no need for gimmicks or remedies.

Where I was so focused on the ‘end result’ in the beginning, now I’m all about the journey. Yet, things grow better now than when I was in a hurry.

And that’s why the sooner you realize the garden myths are just that, the better you’ll do in the garden.

There are so many claims about the powers of Epsom salts (magnesium sulfate). Some say they make tomatoes grow better. They make roses bloom bigger! Plants grown with Epsom salts are taller, greener, better!

This may be the most-shared garden myth of all time.

I heard this so often when I was a beginner gardener that I assumed there must be truth to it.

But, no. Just because you added Epsom salts to your soil or water does not mean it gets credit for successful growth. If anything, the plants did well despite it.

Read More: Do Eggshells Really Give Your Garden a Boost?

We humans seem to have this need to find quick fixes and clever hacks for everything. And we’re willing to believe them even if they defy logic. I know I feel the lure!

There are claims that eggshells do spectacular things for the garden. Some people even put whole eggs in the hole before adding a plant. There seems to be assumptions about calcium that make us think: strong, healthy, beneficial for our bones and…plants!

But, no. It’s complicated, but plants are usually not calcium deficient, and if they are, it’s not because calcium is lacking in the soil but because they are unable to take it up. The idea that eggshells give an instant or special boost is just plain chicken scratch.

You’ve probably seen the recipes for “natural” weed killer that include vinegar, salt, and dish soap, or some combination of these. If you love organic gardening, they will haunt you.

I don’t know why we think because we have the stuff in our cupboards that it is somehow okay to dump it in our gardens, but we humans are strange creatures sometimes.

Bottom line, vinegar is an acid, and does not distinguish between plants, weeds, or a toad who happens to be sitting nearby. All will be burned when you spray, but the chances of it actually killing the weeds at the roots is slim.

There’s more on dish soap and salt coming up, which—SPOILER—are both bad for the garden.

Read More: Are Earthworms Truly Good for our Gardens?

We’re always told how great worms are for our gardens, but it’s not as straight forward as we’ve been led to believe. While not a garden myth per se, there is an interesting history.

The worms currently enriching our gardens in North America originated elsewhere. The worms that were native to our land thousands of years ago are all gone. Species brought from the other parts of the world are now our wormy friends. It was an invasion we never noticed! But, fortunately, they are okay in our gardens. Although, they do alter the eco-systems of forests.

Other parts of the world, including the UK and France, are now experiencing the takeover by invasive flatworms, as they out-compete native species, and brings great concerns.

I saw an ad for IKEA featuring two similar houseplants. They had school children speak nicely to one plant, and harshly to the other. The point was to show how bullying affects living things. After a month, the poor belittled plant was wilting and dying. The other was thriving.

But was this a real experiment with valid results or an advertising campaign with a forced message?

Read More: Is Dish Soap Safe for the Garden?

Along with vinegar and salt, dish soap is often recommended for garden pest control and weed killing. It’s so frequently touted as natural or harmless that I start wondering if it’s the same stuff used for washing dishes! Just a glimpse at the ingredient list and it’s pretty clear it’s neither natural nor something we should put on our plants or into garden soil.

Read More: Are Banana Peels Good for the Garden?

I think this is how it goes: bananas are a good source of potassium, and plants need potassium, so they must do something special in the garden, right?

Spoiler alert. Yes, they are fine in the compost pile, but no, they do not have plant-growing superpowers.

This ebook is a digital file you download instantly.

Read More: Are Coffee Grounds Good for the Garden?

“I dump my coffee grounds right in the garden and everything grows like crazy!” “Coffee grounds keep snails away!”

The claims just keep coming! Probably because we have such a surplus of coffee grounds and would love a happy ending.

There are all sorts of claims online saying avocado seeds can cure thyroid issues, cancers, and more. But hold on! Is there any science behind these claims?

Have you seen those recipes for a ‘natural’ weed killer using vinegar, dish soap, and salt? Does it kill weeds? Are there any negative side-effects? Read this before you head to the kitchen to mix up a batch.

We’ve all heard it said that one of the many benefits of houseplants is how they purify the air in our homes. But is this true? We read the research and, spoiler alert, you would need a jungle of plants to make a difference.

It’s long been said that you can’t grow anything under or near a walnut tree due to the juglone in the soil. But is it really toxic and detrimental to other plants? Turns out we know much less about this than gardeners tell us.

Read More: Will Pine Needles Make My Garden Soil pH Too Acidic? (No, It’s a Myth)

Have you been warned to watch out how pine needles can make soil too acidic for some plants? Or, if you are growing plants that like acidic soil like blueberries that you should add pine needles to their soil? Well, it’s not what we thought….

Stay tuned for more myth-busting. There’s so many more! 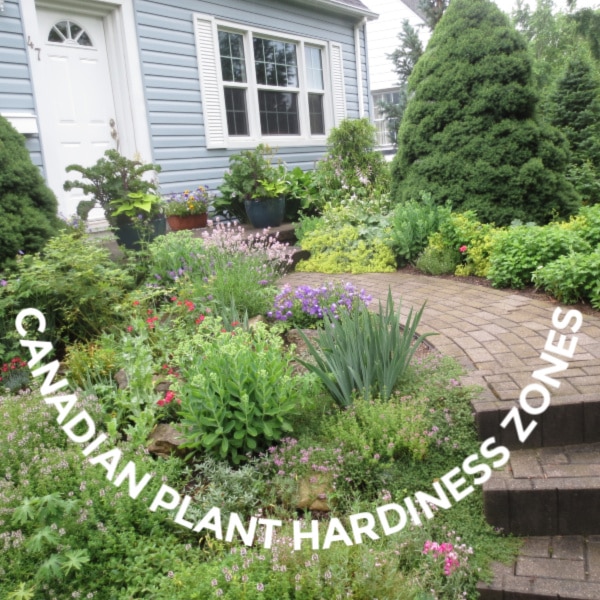 How to Find Your Canadian Plant Hardiness Zone 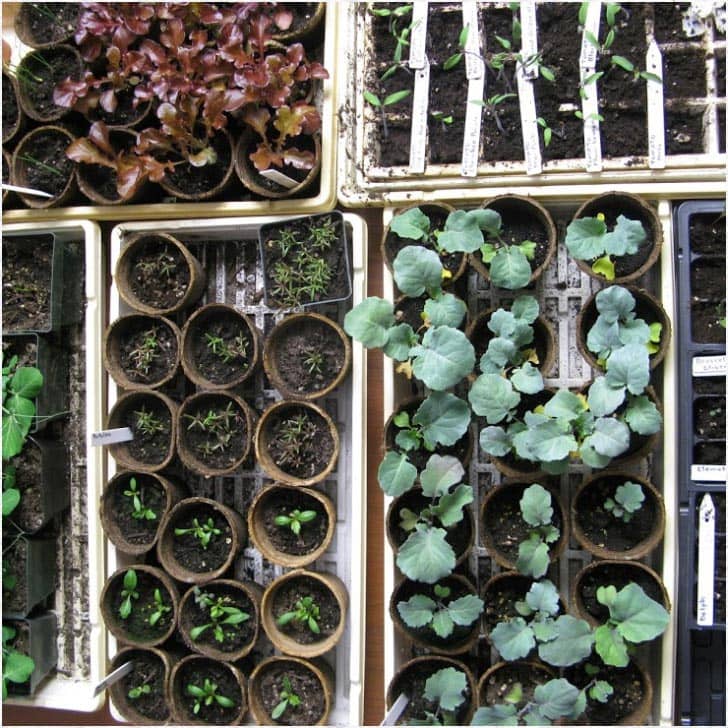 How to Prepare Indoor Seedlings for Transplanting Outdoors 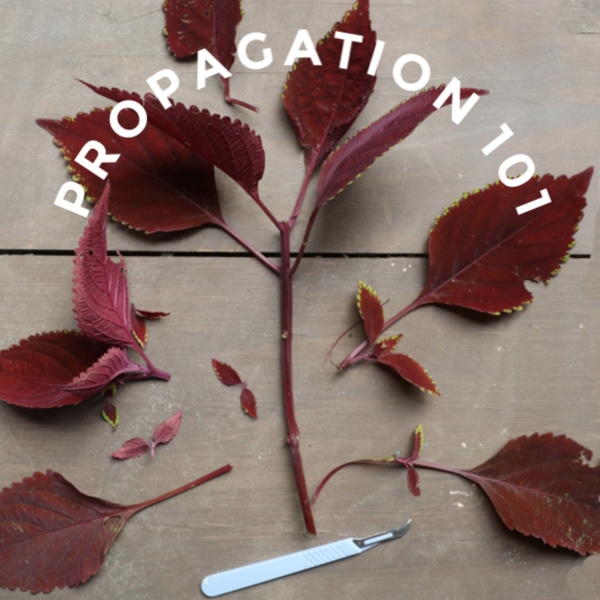 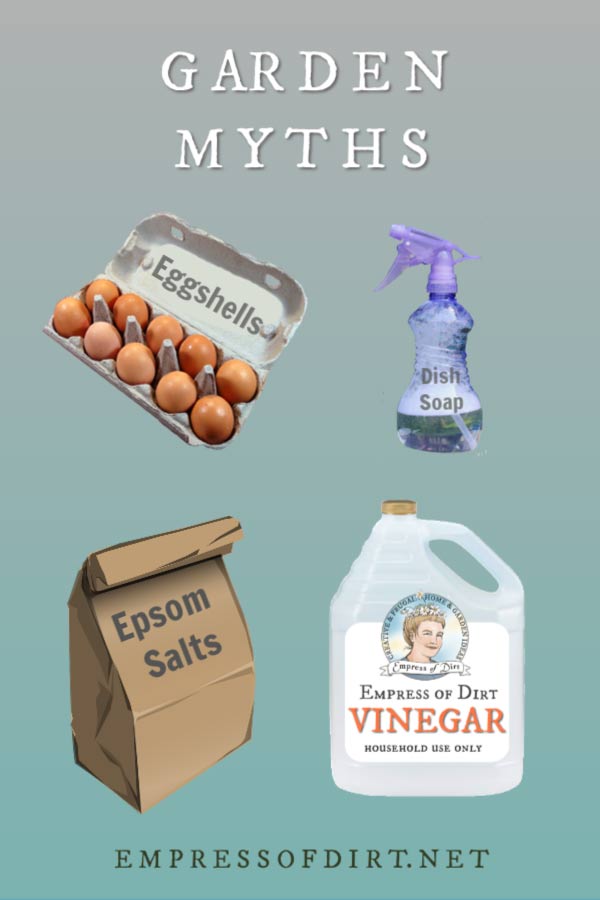