Pruning is probably one of the most confusing topics for new gardeners because there is no single method or timing that suits all situations. But, there are some basic underlying principles that, once you know them, can make it much easier to know whether to snip and clip or leave things alone.

I’ll walk you through some easy Pruning 101 guidelines as well as my own pruning and deadheading calendar which you can adapt for the plants in your garden. If you want to jump ahead, this discusses removing dead, damaged, or diseased branches and this has tips for winter pruning which is prime time for most trees.

Why We Prune Trees, Shrubs, and Vines

Always prune for a specific reason, not because you think you should do it.

Wait. Should You Prune?

When I started gardening, I had the impression that pruning was simply a necessary annual chore.

It was only when I read up on it that I realized that it should always be done for a specific reason. It’s not just a routine haircut.

The one type of pruning that has no set timetable is the removal of dead, damaged, and diseased branches.

These are either lifeless or may cause further damage to the plant if they are left in place, so get rid of them any time using anvil pruner, loppers, or a tree saw for removal.

All other pruning has best times of year, and this depends on the species and its budding cycle.

When To Prune & Deadhead

Bypass pruners are the best tool for pruning smaller, living branches on trees, shrubs, and vines. These provide a nice, clean cut without damaging any plant tissue.

Be sure to clean your tools before use and between plants. I use rubbing alcohol and then heat the blade briefly with a lighter.

Never force small pruners on thicker branches. Instead, use this guide to pick the right size pruning tool for the job.

How Much Pruning is Too Much?

Unless the plant material is dead, damaged, or diseased—in which case you remove all of it—the general rule is to never remove more than one third of the entire branch or plant.

I save dead branches in a branch crib, allowing them to decay and return to the earth. The birds love this.

Research before you cut! Where you cut depends on what you are trying to accomplish. This could be removal of crossing branches (remove them at the base at the branch collar) or encouraging lateral growth (remove the terminal buds).

The possibilities are too numerous to list here. Look up your specific plant and follow instructions you trust. And, the more you look over your plants, the better you will get at recognizing what should be trimmed and why.

As a general rule, the best buds to keep are those facing outward, so new growth will also grow outward instead of inward, congesting air flow and light.

If you are removing heavier branches, work in sections, taking outer pieces first. This will make the job safer and avoid tearing the plant when the final cut is made.

1Winter (while plants are dormant)

More: What to Prune in Winter

2Early Spring (some new growth may be starting to appear)

This is my main garden clean up time for the year.

When To Prune & Deadhead

Also see: What to Prune in Fall and What Should Wait 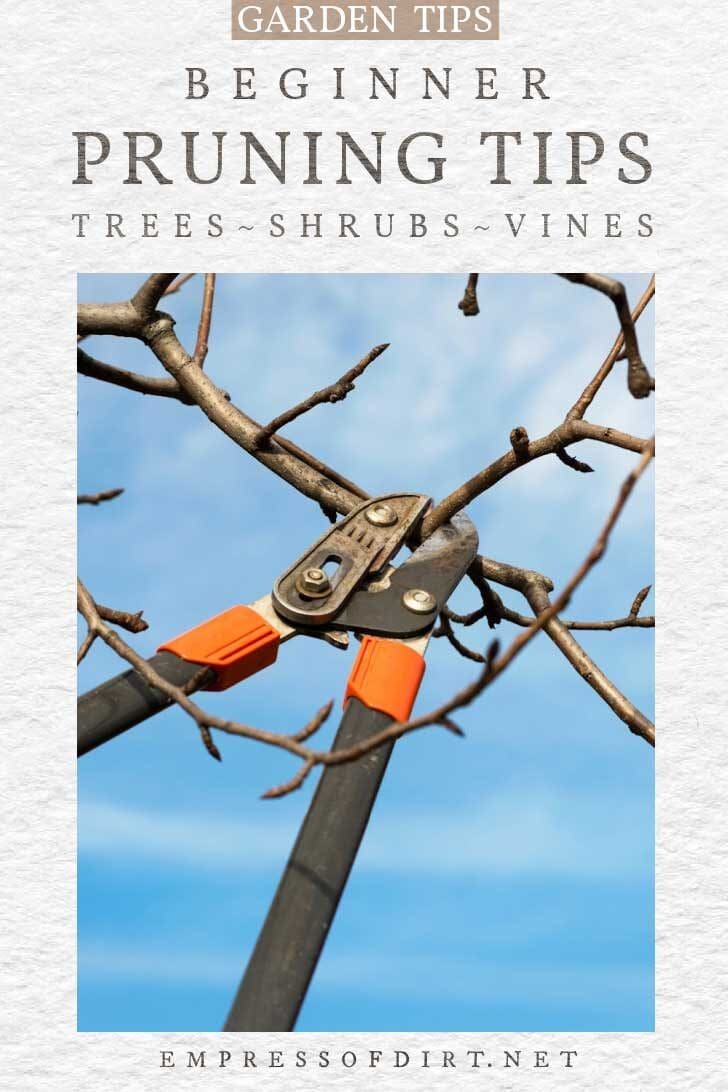