Diatomaceous earth is frequently recommended as an organic pesticide for the garden, but is it a practical, sustainable option? Is it a good resource for pollinator-friendly gardens? Let’s have a look.

If you are interested in misleading garden advice, also see Popular Garden Myths We’ve All Fallen For.

The Pros and Cons of Diatomaceous Earth

If you’ve been here before you know I never use pesticides in our garden and, besides some hand-picking of specific vegetable-chomping bugs, I prefer to leave everything to sort itself out.

But I am always interested in learning about possible organic solutions to common garden problems.

Over the years I have become a pollinator-centric gardener and that is the core of my garden decision making.

For every action I ask, will this help or hurt the pollinators?

It makes a lot of garden decisions really easy.

And, unfortunately, diatomaceous earth (DE), while classified as an organic solution, has some drawbacks which neither help the pollinators or make it a practical choice.

What is Diatomaceous Earth?

From the name, you might think DE is a type of soil. Diatomaceous means it is formed from diatoms—which produce about a quarter of the world’s oxygen.

Diatoms are microscopic, single-celled algae, so they live in water, usually near the surface where they use sunlight for photosynthesis.

There are (at least) tens of thousands of different species of diatoms and they take in a lot of silica which we know as the main component of sand and glass. This is an important point as you’ll see below.

Diatoms eventually die and fossilize and trillions of them accumulate over the centuries and millennia to form diatomaceous earth. The DE we harvest is on land where waterways once existed.

Why Diatomaceous Earth is Used as a Pesticide

Ground into a white or slightly off-white powder, diatomaceous earth is fairly soft to the touch for humans. But these tiny particles (half the width of human hair) are troublesome for unsuspecting insects that encounter them.

At a microscopic level, you can see the silica in the diatoms are like sharp little pieces of glass.

And it’s not just the jagged edges that are the problem.

The particles also stick to the insect’s body and absorb wax from their outer protective layer—which is no longer so protective without the wax.

This causes some insects to lose water, dehydrate and sometimes die. Others may be able to withstand it.

Slugs and snails will avoid diatomaceous earth as well, although how often it actually kills them seems to be a matter of debate. And forget that advice to use chopped eggshells to thwart those slimy creatures: research shows they just glide right over them.

So, it can do what it says. But, keep reading.

Why Diatomaceous Earth Gets Recommended

1) First, it’s made from naturally occurring material, so it does check the organic box.

2) And it’s the physical—not chemical—properties of the particles that make it a pesticide—literally rubbing insects the wrong way— which is also important to many earth-friendly gardeners.

This physical affect also means the insects are not going to build physiological immunity or resistance to it as they would with chemical pesticides.

3) “Food grade” diatomaceous earth is not toxic (when ingested) to mammals including humans but you still need to be cautious.

You do not want to get it in your eyes or your lungs where those fine, glass-like particles will be a problem—so masks and goggles are recommended when applying it.

Same problem when diatomaceous earth is used to treat fleas on cats and dogs: those fine, sharp particles can be dangerous for their respiratory systems too. We’re all mammals!

So What’s the Problem with Diatomaceous Earth as a Pesticide?

It’s a broad spectrum pesticide, meaning, it does not discriminate between pests and beneficial insects. Sorry, pollinators!

Most insects don’t do any harm in your garden and do a lot of good (many ‘pests’ are lunch for beneficial insects), but diatomaceous earth isn’t going to check if they’re naughty or nice first.

And—this is a huge drawback— it doesn’t work when it gets wet.

Just the moisture in your soil will reduce its effectiveness, and if it rains, or you water your soil—forget about it: you’re going to have to reapply it every time.

Have I lost you yet?

Well, how about this: when dry, the wind can blow it away. Good-bye, money.

So, not very realistic for the average gardener: the application is impractical and the results are imprecise.

I realize some will say, so what’s a few dead bugs if I manage to get rid of the problem ones?

First, I’d ask, does it really resolve it?

These things rarely exist in isolation.

And second, it’s up to you, of course. I just stick to prioritizing the pollinators which in turn helps that big old circle of life do its thing. Pests will always come and go.

What Other Garden Authorities Say About DE

Given that diatomaceous earth is light enough to be taken by the wind when dry and rendered useless when wet, it does not seem like a realistic solution for most gardeners yet you will hear diatomaceous earth recommended—apparently with little or no thought about the practical application.

The world of gardening is filled with this type of advice: seemingly handy soundbites that confound the gardener trying to follow them.

Rodale’s Organic Gardener’s Handbook of Natural Pest and Disease Control does warn that DE is as lethal to beneficial insects as it is to pests and says it should only be used as a last resort.

And that’s the problem we have with pesticides in general: if they do work, they take the innocent bystanders down too including essential pollinators.

There’s also the question of sustainability—and that’s an issue where it’s always hard to get a straight, unbiased answer.

I couldn’t find one, so I’ll just raise it as a question:

Diatomaceous earth has built up over millions of years and we mine it or collect it in big batches.

Can this type of mining ever be sustainable?

It sounds a lot like harvesting peat from bogs which is also problematic.

I’ve seen peat touted as a renewable resource but, when you check the facts, it ‘renews’ at a rate of just millimetres every thousand years. So who are we kidding? I suppose a lot of things could be considered renewable if there’s no time limit on their renewal.

Besides taking millions of years to form, it’s the process of harvesting, preparing, bagging, and distributing these things may quickly cancel any warm fuzzy feelings ‘organic’ and ‘natural’ bring.

The whole topic is a good lesson in looking beyond the feel-good labels and considering the bigger picture.

So, no dematiaceous earth for our pollinator-friendly garden.

And, in case you’re wondering, am I able to stick to my environmentally-friendly ideals as a gardener?

The gardening world is filled with un-green products and practices.

But I hope by questioning stuff like this we aim ourselves in a better direction. One bee at a time.

If you find this sort of thing helpful, be sure to subscribe to our podcast, Two Minutes in the Garden, for fact-filled garden information a few times a week. 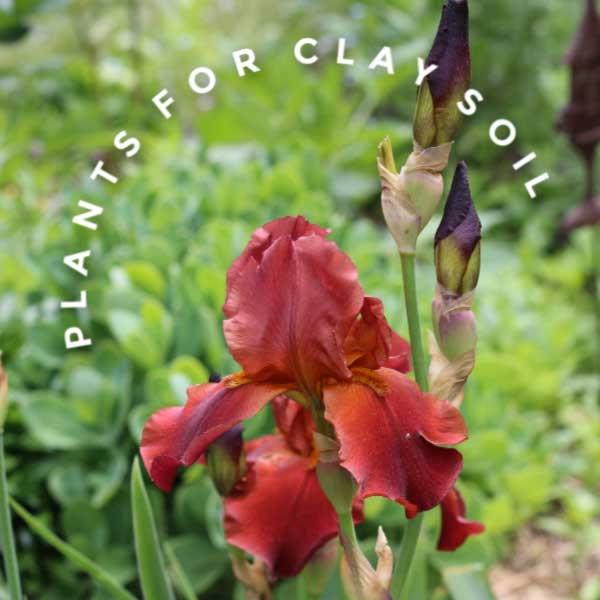 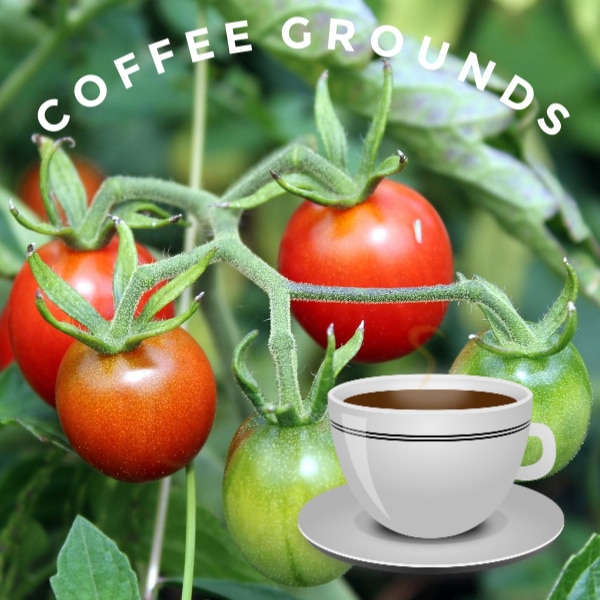 Are Coffee Grounds Good for the Garden? 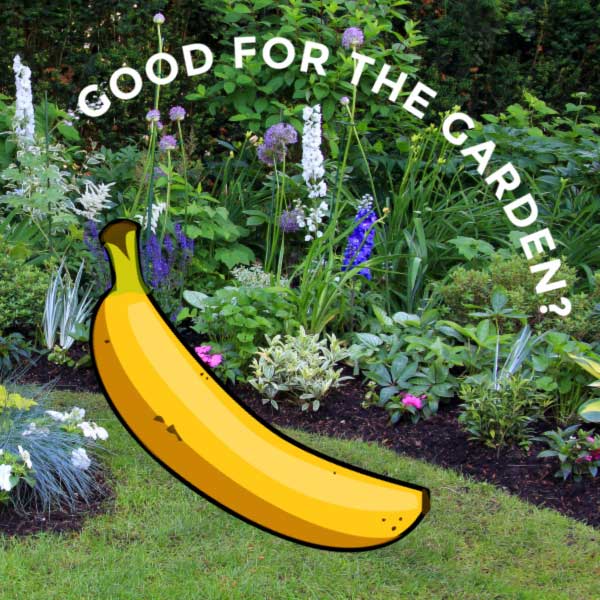 Are Banana Peels Good for the Garden?
See More >> 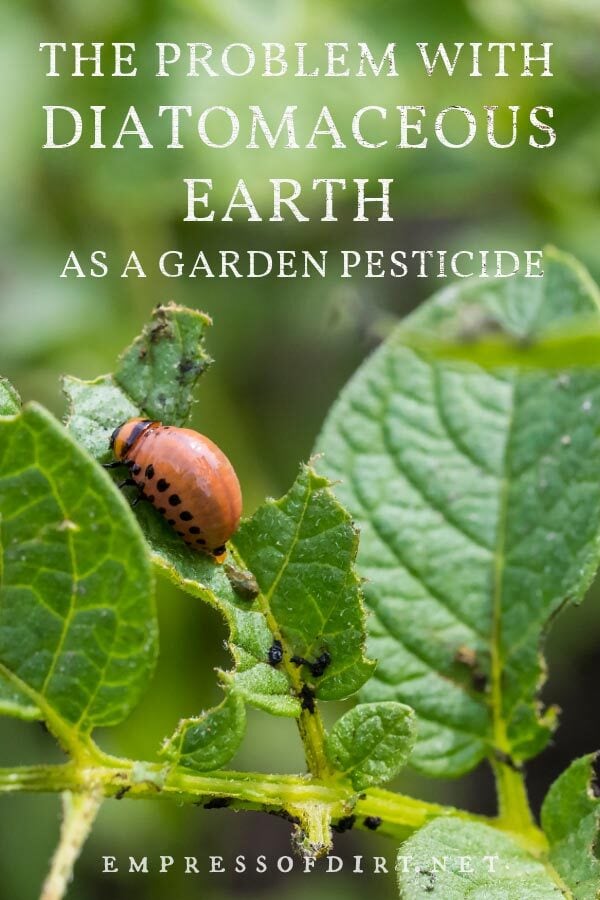