Neem oil is frequently recommended as an organic insecticide but is it a good option? Find out what it does to pests and whether it has a place in an eco-beneficial garden.

We’ve written about diatomaceous earth, which is a popular, but misunderstood organic pesticide.

When it comes to the use of pesticides, there are a wide range of choices that gardeners make.

Some trust any product available in the gardening section.

Some will only use certain pesticides but not others—organic versus synthetic being a common dividing line.

Others feel mixtures made from household items like dish soap or Epsom salt deemed ‘harmless’ or ‘natural’ are safer.

Here at Empress of Dirt, we sit squarely at the other end of the scale and do not use anything. No herbicides, pesticides, or any other concoctions. Gardening this way does require accepting that some pests are going to win this one, but, between supporting a plant’s natural defenses and creating habitats for natural predators and other enemies, we can at least maintain an impressive winning record, even if we don’t go undefeated.

This is all to say that we have almost no first-hand experience with pesticides. But they are so commonly recommended in one form or another that it’s good to know the facts, dig deeper than the feel-good keywords, make informed decisions, and seek alternatives if desired—or just leave things alone like we do.

Neem oil is frequently recommended as an organic biopesticide—mainly as an insecticide. It’s said to selectively kill the bugs you don’t want and perhaps prevent some diseases, all while leaving other wildlife unharmed including beneficial insects.

Sounds pretty good, right? But is this accurate?

Neem as an Insecticide

Neem is a flowering seed tree (Azadirachta indica) in the mahogany family, native to a region in and around India and now grown in tropical and subtropical areas around the world.

It’s a popular shade tree that typically grows 50 to 60-feet in height (or more) and considered to be a weed in many areas.

Neem trees produce a greenish, yellow drupe which houses the pulp and seeds. It takes about four years for the tree to bear fruit and one tree can produce about two kilograms (4 to 5 pounds) of seed each year.

For years it has been known that desert locusts, which eat just about everything in their path, would not eat the leaves of the neem tree.

So what’s going on? What makes neem leaves undesirable to these enthusiastic eaters?

This question led to the discovery of a compound in neem trees that’s in high concentration in the seeds called azadirachtin, named for the genus of the tree, Azadirachta.

Isolated in 1968, it took about another 20 years for chemists to figure out its structure. There are other compounds in neem seeds, and in the oil from neem seeds, but azadirachtin is the one that accounts for most of the insecticidal properties. These compounds are in other parts of the tree as well, including those leaves the desert locusts refused to eat, but the highest concentration is in the seeds.

Since then there has been a lot of research into azadirachtin. It’s known as an antifeedant—a substance produced by plants that can stop some insects and other animals from eating it, with its effectiveness varying widely by species.

When applied, it takes time first for the azadirachtin to make its way though a plant and then to affect the insects that eat the plant, so it’s not fast-acting.

Insects that eat azadirachtin experience various toxic effects. It’s a growth inhibitor and will interfere with the insect’s moulting and hormones, cause deformed wings and other abnormalities, and can result in sterile eggs. It has effects on hundreds of species including mites, caterpillars, mealybugs, thrips, whiteflies, and many more, especially those that chomp on leaves.

It doesn’t really do anything to adult insects that have completed their growth, but for juvenile or immature insects, it can—eventually—kill them.

So yes, there is an insecticidal compound found in high concentration in the seeds of neem trees. That part is accurate. The claim that it is selective and only affects bad guys is not correct, as you’ll see here where we discuss affects.

Most of the benefits you’ll hear for neem oil are actually qualities of the active ingredient azadirachtin yet some neem products do not even have it.

The term ‘neem oil’ can refer to the full oil from neem seeds that include azadirachtin or a form where the azadirachtin has been removed. It’s still an oil but the active ingredient list will usually refer to something called ‘clarified hydrophobic extract of neem oil’ which is a stripped-down extract. Both are sold as neem oil but they’re different products.

We found numerous variations when searching neem oil on Amazon. Oddly enough, we found some products with azadirachtin in it where it’s not mentioned on the label—just in the product descriptions—even though this would be selling point for anyone seeking the insecticidal activity. Instead they say the ingredient is Azadirachta indica, which is just the name of the tree. My guess is that since their target market is people looking for organic alternatives, the company would rather just mention neem seed oil rather than say anything about azadirachtin because that sounds like a ‘chemical’. Which it is! [The word ‘chemical’ is often used to imply something is dangerous or toxic but really everything is comprised of chemicals.]

So, is the stripped-down product useless? Not necessarily. With direct contact any oil is going to make things difficult for insects, blocking their pores and suffocating them. Oils are not selective. And the fact that it’s from a neem tree is probably irrelevant.

Related: Pros and Cons of Using Bt for Caterpillars (In Home Gardens)

How Azadirachtin Affects Other Animals

Azadirachtin has low toxicity to mammals and other vertebrates including humans. You do not want to inhale or consume it, but otherwise it is considered pretty safe.

When applied to plants, it breaks down quickly in sunlight, which means any negative impact is short-lived and you’ll have to reapply it frequently.

While it is efficient at wiping out various insects, azadirachtin is not as selective as we want it to be. Anything that comes into contact can be affected including insects that are doing good in our gardens.

The claim that neem oil does not harm beneficial insects is not correct.

Butterflies and moths, for example, are highly sensitive to it.

Research is ongoing, but some studies all show that the antifeedant can work against some bees.

Azadirachtin can also kill or deform insects that are the natural enemies of the pests we may be targeting. There may be fewer incidences than with some other broad-spectrum pesticides, but the claim that neem oil doesn’t harm beneficial insects is not correct.

Bottom line, neem oil can be effective to kill insects in general—if you buy the right one and follow the directions, but know you are also sacrificing any beneficial insects that happen to get involved.

If you are not a pesticide user, I don’t see anything about neem oil that would make you change your mind. It may avoid some of the issues with other pesticides, but by no means all of them. 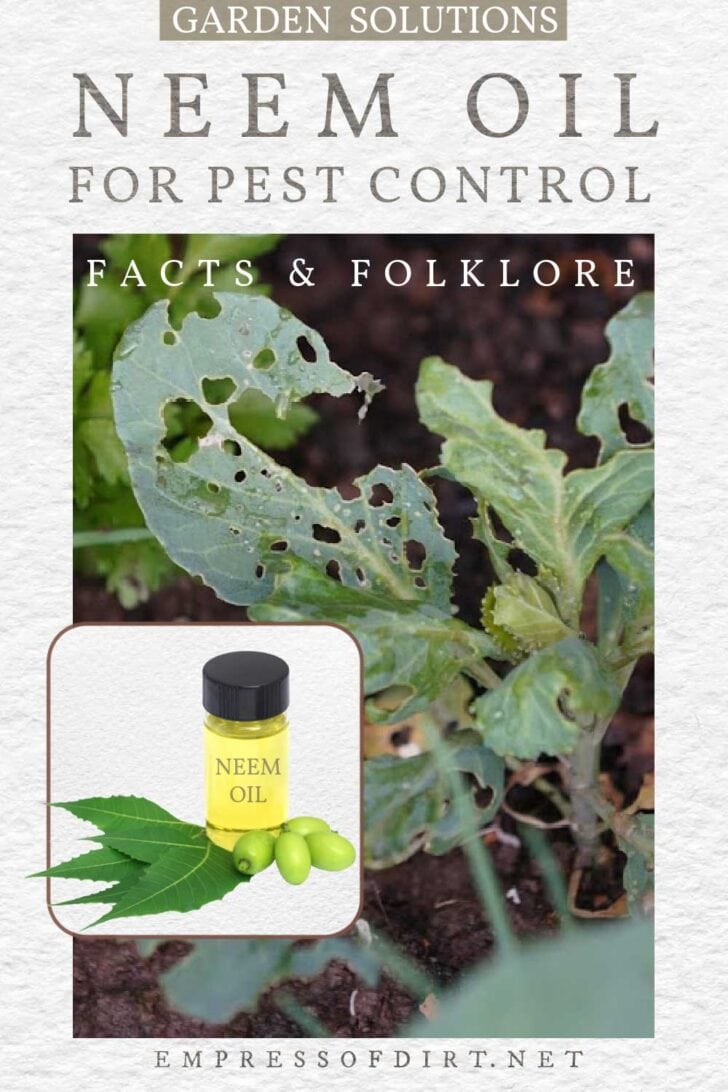